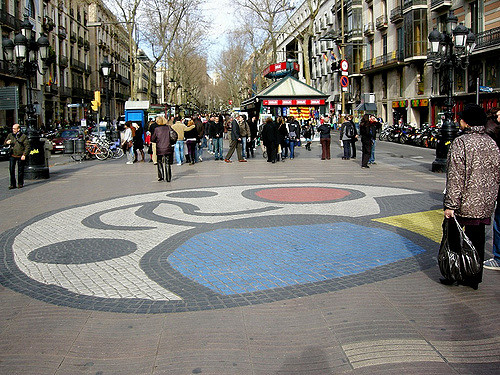 One of Barcelona´s busiest tourist attractions year-round is, indubitably, Las Ramblas. This lovely pedestrian promenade, stretching 1.3 km (0.8 miles) connects the more modern Plaza Catalonia with the old city and the original Port. Along this wide ramble, see why Barcelona is considered such a unique and colourful city. Aspasios brings to you a few reasons why this “tourist trap” really is worth seeing! 1. La Boquería Marketplace The Boquería market is Barcelona´s most traditional market, where both raw ingredients and delicious prepared foods can be found. Take in the sights and smells of a place that brings together farmer and city dwellers in gustatory union. (no telephone) La Rambla, 91 (Gothic Quarter/El Raval) 2. Güell Palace The famously wealthy Güell family had this palace built for them by the esteemed, though still very young at the time, Antoni Gaudí in 1886. Insiders´ tip: make sure to take a peek upstairs into the magical and colorful forest of chimneys. +34 934 72 57 75 Carrer Nou de la Rambla, 3-5 (Gothic Quarter/El Raval)

4. Barcelona Wax Museum Not only are the sculptures impressive, but the neoclassical architecture of the building is a gem in and of itself. +34 933 17 26 49 Passatge de la Banca, 7 (Gothic Quarter) 5. Miró Mosaic Many a visitor has walked over this masterpiece without even knowing its there, so allow us to enlighten you.  This giant circular mosaic in the middle of Las Ramblas is by Catalan master artist Joan Miró is an abstraction of the concept of the universe and was commissioned by the city. (no telephone) Pla de l´Os at Carrer de la Boquería.
6. Living Statues On your walk along Las Ramblas, you may find yourself eerily surrounded by living statues, or people dressed up as typical or iconic statues frozen in place for minutes at a time. These people make a living off of their art and are so popular that the city government has devised a tax especially for them. See everything from ballerinas and the Statue of Liberty to fantastical creatures! All along Las Ramblas
Pack your bags and hop on a plane to come discover what mysteries Barcelona holds. Don´t forget to book your apartment with Aspasios using one of our special offers! 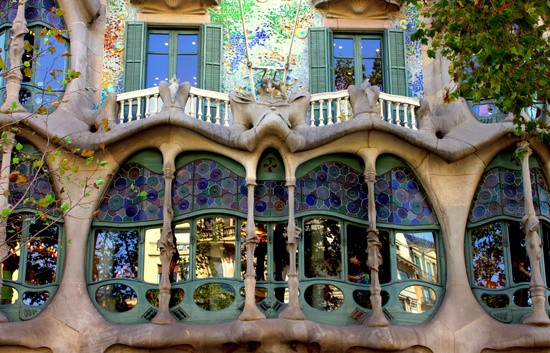 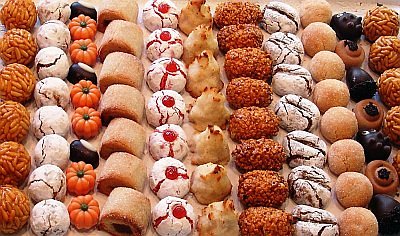