One of Barcelona’s greatest asset as a city is its connection with Sports and athleticism. It is something that has always been a part of the city and, of course, was augmented greatly by the hosting of the 1992 Olympic Games here. Those who live here and those who come here for the international sport events already know that Barcelona is nothing less than a true destination for the athletically inclined. According to the Sports City Index, in fact, Barcelona is the 2nd best sports city in the world! Today, we would like to share with and recommend to you one of the most basic and gratifying sports: running. If you are part of a running group or community that appreciates it, you would be lucky to come to Barcelona. Here, you will find a city ideal for running and training, with interesting places that allow you to combine strength, reach personal goals and boost your health with accompaniment of a world-class urban landscape. Anyone who enjoys the temperate Mediterranean climate and clear skies year-round will love running here! One of the most popular spots to go running among locals is the Carretera de les Aigües,, just above the city on the mountain slopes. If you like running on a gravel road, surrounded by nature with stunning views of the city and sea, this is the place for you. It is not a difficult course – it is on level ground and well marked. To get to the Carretera de les Aigües from the city centre, you can take the city’s ferrocarriles (regional trains) called FCG in the direction of Terrasa or Sabadell. Get off at the Peu del Funicular station and take the Vallvidrera cable car, getting off at its first stop, aptly named Carretera de las Aigües. Right after exiting the cable car, you are at the trail, ready to start exercising! An alternative place to go running is along Barcelona’s urban coastline on the paved walkway that lines the sea. Running along the Passeig de Marítim is an Amazing experience! Here, you exchange the view up from Tibidabo and the Torre de Collserola by la Carretera de les Aigües for views of the gleaming towers of the W Hotel, Hotel Arts, and Mapfre as well as the Olympic Port. Every stride is accompanied by a fresh seaside breezes and views of the glistening waves of the sea. Without a doubt, it is worth it to run the entire paved coastline, if only just to take a break at one of its many terraces for a drink or tapas!
Another way for you to practice your favourite sport is to use the fantastic facilities available at the Holmes Place gyms. In these sports clubs, you are very well cared for, with the option of using a personal trainer or taking one of the city’s top classes, according to its member reviews. Are you ready yet for the BarcelonaMarathon? Enjoy this magnificent city while getting yourself into shape! Try running in Barcelona. 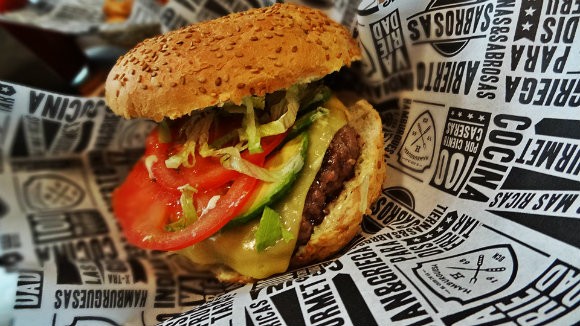