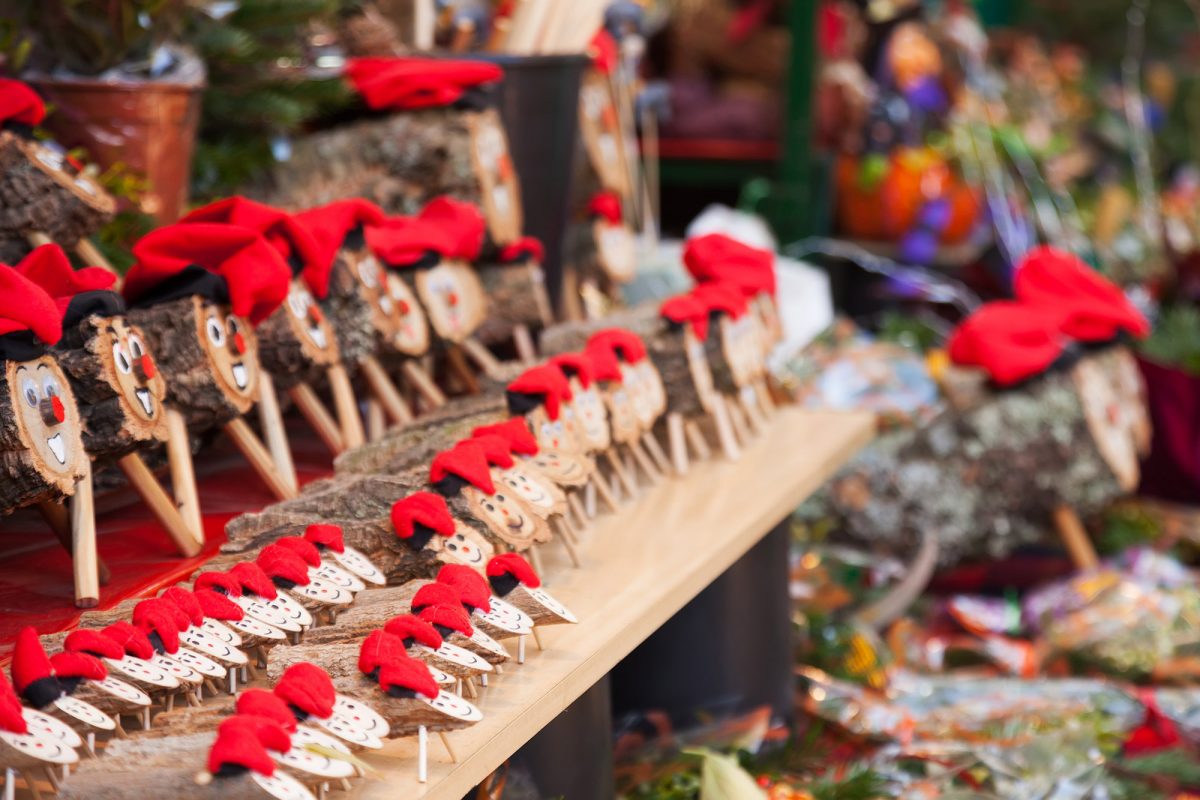 When the Christmas season begins in the Catalan capital, the city is imbued with a magical and festive atmosphere. With the Christmas spirit in mind, the squares, streets and corners of all Barcelona host the traditional Christmas markets: spaces full of stalls where visitors can find products of all kinds, from gastronomy, crafts or elements to decorate houses during this time.

The most famous of these markets is, without a doubt, the Santa Llúcia Christmas Market, which we talked about in our post about New Year’s Eve in Barcelona. Located in the Plaça de la Catedral in Barcelona, this traditional market is a favourite with locals and visitors alike. Conceived as a market where you can buy all the things to prepare your home for Christmas, the Santa Llúcia Market can be visited from the 26th of November until the 23rd of December, just before the arrival of Christmas Eve. An essential visit for all those who also like to get lost in the labyrinthine and charming streets of Barcelona’s Gothic Quarter.

In the Santa Llúcia Christmas Market you will find all the traditional Catalan Christmas decorations and some not so traditional. The typical fir tree, lights, candles, nativity scenes, Santa Claus and Saint Nicholas dolls, stars, mistletoe… and, of course, the most traditional Christmas touches of Catalonia: the “caga tío” and the “caganer”.

The “cagatió” is simply a hollowed tree trunk that is fed and covered with a blanket on the days before Christmas Eve. Once the tió has been “fattened”, the children sing a song typical of Catalan culture and beat it with sticks so that this “cague” (expulse) the small gifts that appear magically under the blanket.

The other typical Christmas figure in Catalonia, the caganer, is an important part of any traditional Catalan nativity scene. This figure is a man leaning and shitting on the floor with his pants around his ankles. The typical figure of the caganer is the man with the red cap (the traditional Catalan “barret”), white shirt, brown vest and trousers. However, it is becoming more and more common to find in the cribs of caganers houses much more “modern” or adaptations in the form of famous figures (both real and fictitious!): Darth Vader, Messi, Obama or Trump are some of the most common. However, the most demanded caganer this year is, as could not be otherwise, the singer Rosalia. If there is not a caganer figure made in your likeness, then you are not truly famous! 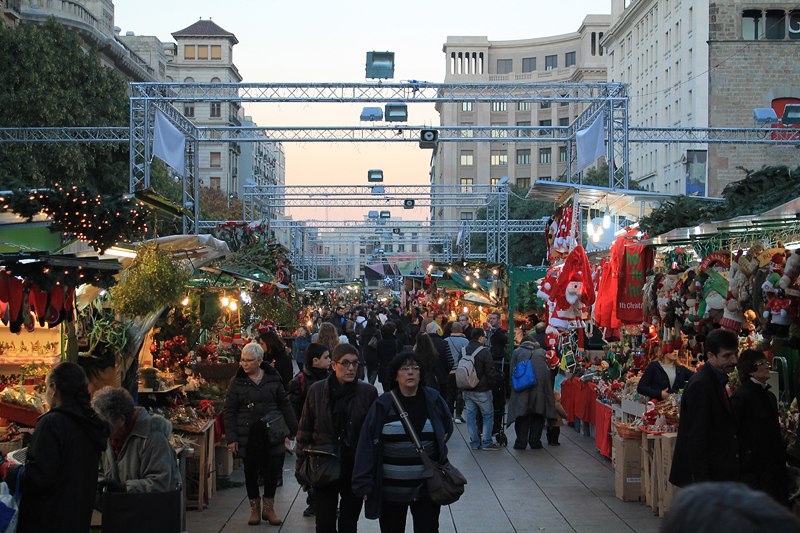 Christmas Markets in Barcelona by Aspasios

Like the Santa Llúcia market, the Sagrada Familia market The market is divided into four distinct sectors: that of Christmas trees and plants; that of nativity scenes, traditional figures (such as the caganer), the cagatió and Christmas decoration in general; food (with stalls selling cheese, sausages and sweets); and the gifts sector, with handmade products and clothing.

The Sagrada Familia Christmas Market is a great option for families visiting Barcelona with children. If you are there, don’t miss the opportunity to visit the Sagrada Familia, one of the obligatory stops for all those who want to know more about Barcelona’s modernist route.

Like the Mercat de Santa Llúcia, the Christmas market of the Sagrada Familia can be visited from the 26th of November until the 23rd of December.

Barcelona has another great Christmas market: located along the Gran Via de Les Corts (between Muntaner and Gran Via, in the “Fira de Reis” (Three Kings Fair) we find a large number of gifts, products and items for Christmas shopping or last-minute gift of Kings. Unlike the two previous ones (Fira de Santa Llúcia and Mercat Nadal de la Sagrada Familia), the Three Kings Fair is installed in this iconic avenue of Barcelona from 17th December to 6th January.

The Christmas market has 243 stands with different themes: toys, gifts, crafts and, unlike the others, with different stalls of churros, very typical to warm us during a cold day or receive the gifts of Kings in the morning of 6 with some good churros with chocolate.

Christmas in Barcelona: where to stay

If you are thinking of visiting the Christmas Markets in Barcelona, at Aspasios we offer you the best Boutique Apartments in Barcelona. 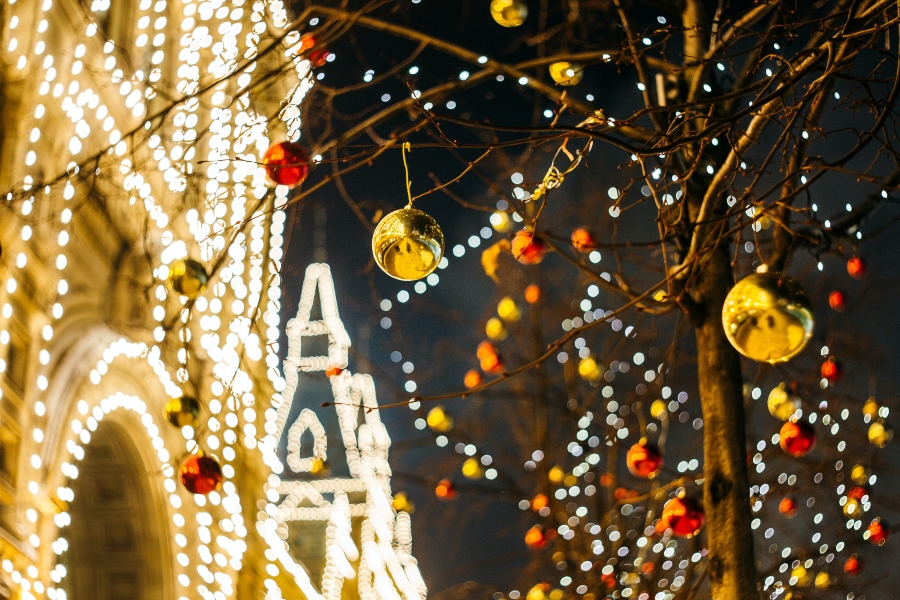 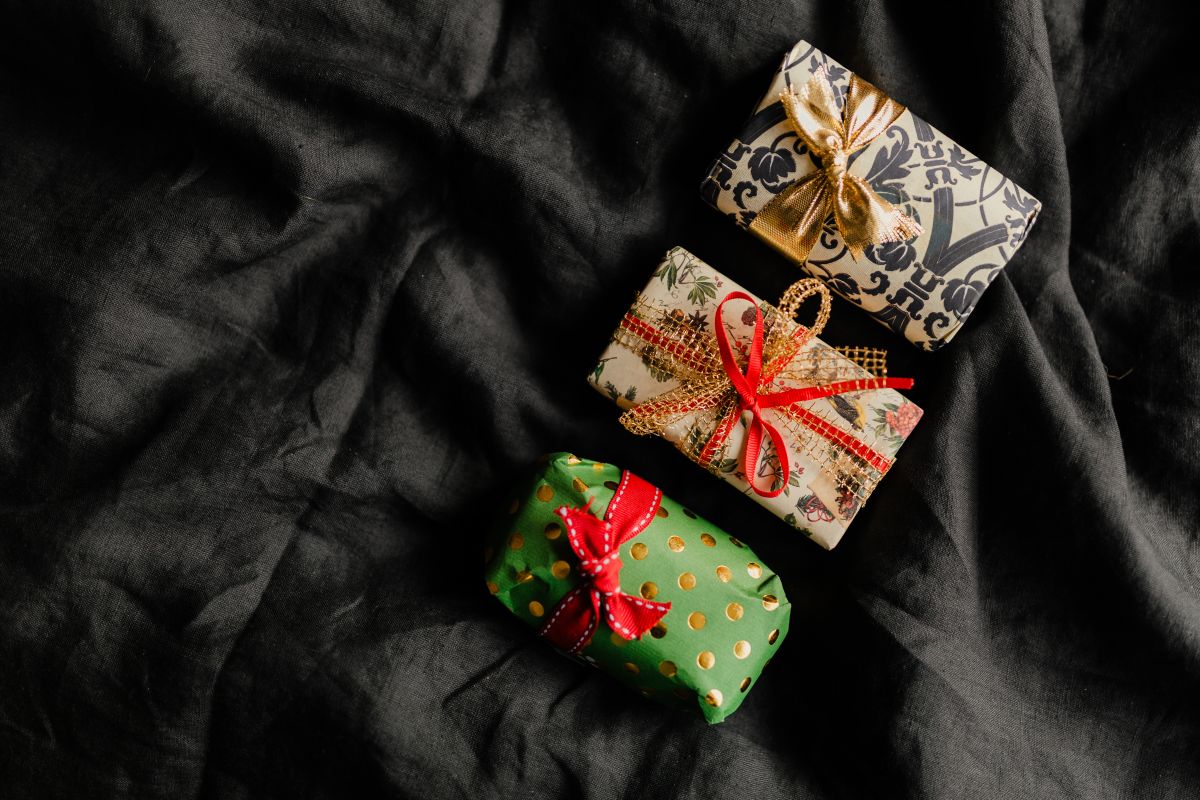