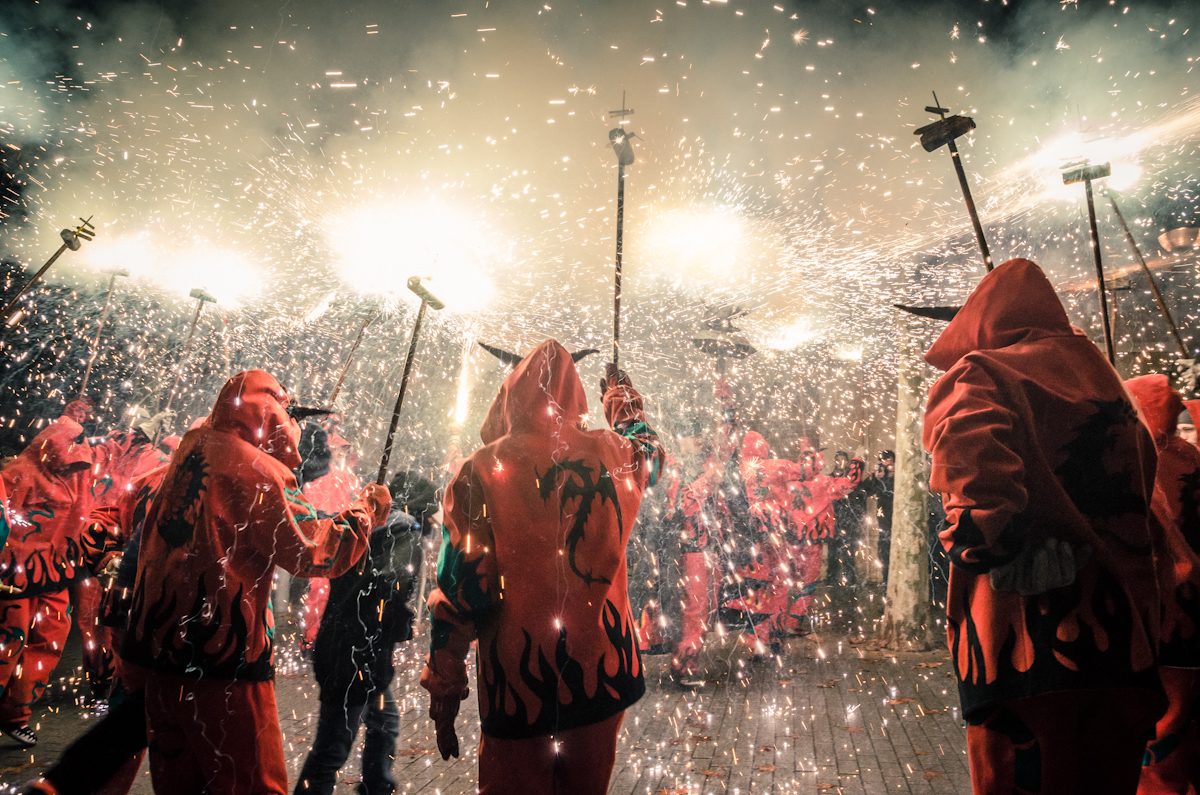 Do not miss next 23rd of September the opening of La Merce Barcelona 2021, the most famous street festival of the year!

During four days, different cultural and artistic expressions of Catalonia and the Mediterranean take the streets and squares of the center of Barcelona with numerous acts like the Castellers (human castles), the parades of giants and big heads, the famous Correfoc with people dancing in the street with fires and flares and the independent music festival, BAM.

With the current Covid situation, this year the most important event in Barcelona recovers its essence, but with some limitations and all the necessary precautions. In this edition new spaces in the city are added to the celebrations and all the activities have to be booked in advance through the official La Mercè website. 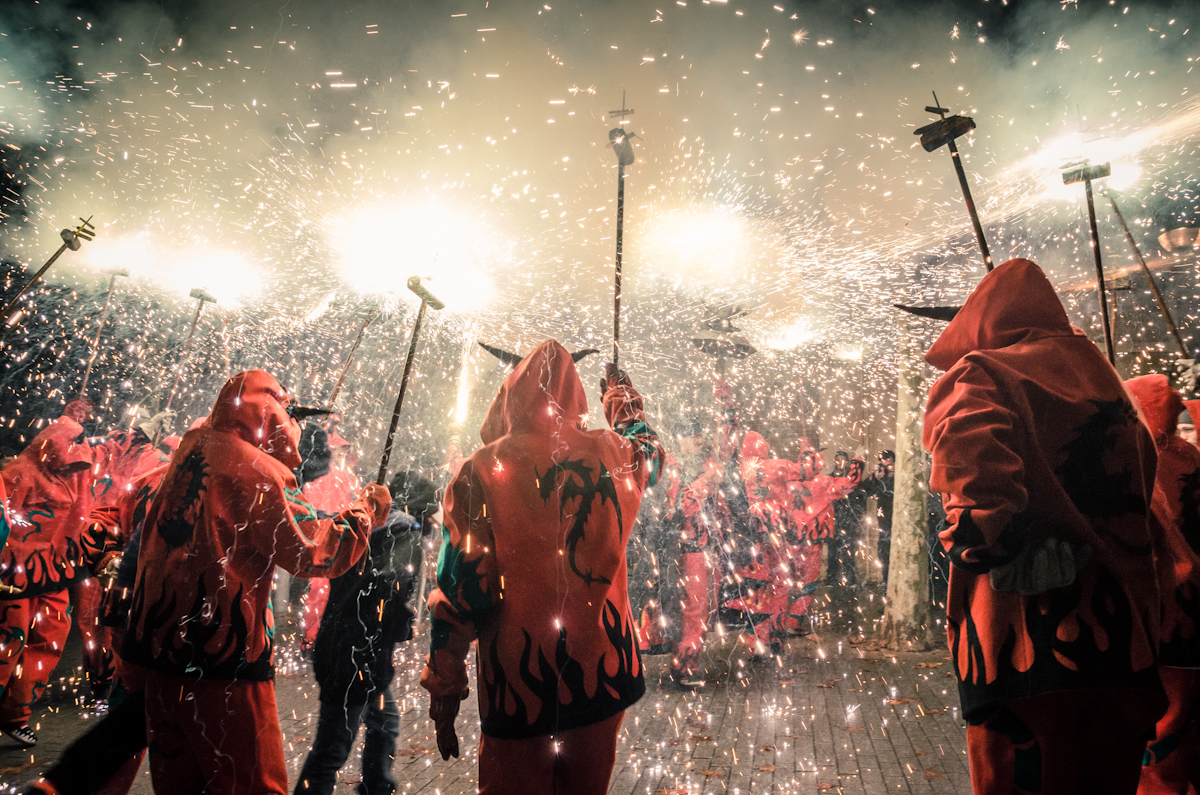 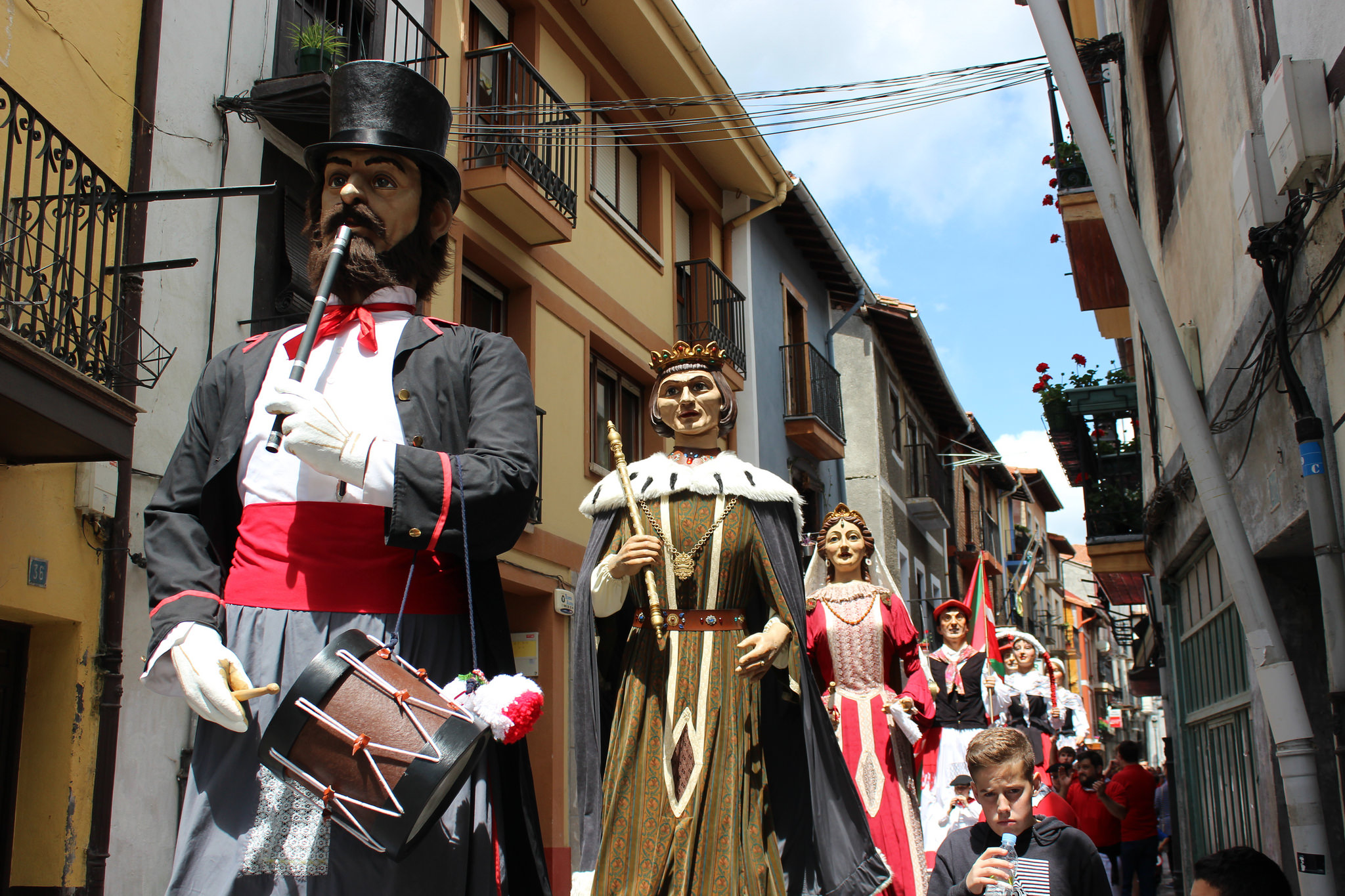 That is why La Fiesta de la Merce is celebrated every year around September 24th, the day of the Virgin, and its main focus is the popular culture of the Mediterranean with activities for all ages, from parades and concerts to folk dances and street shows of theater and dance. 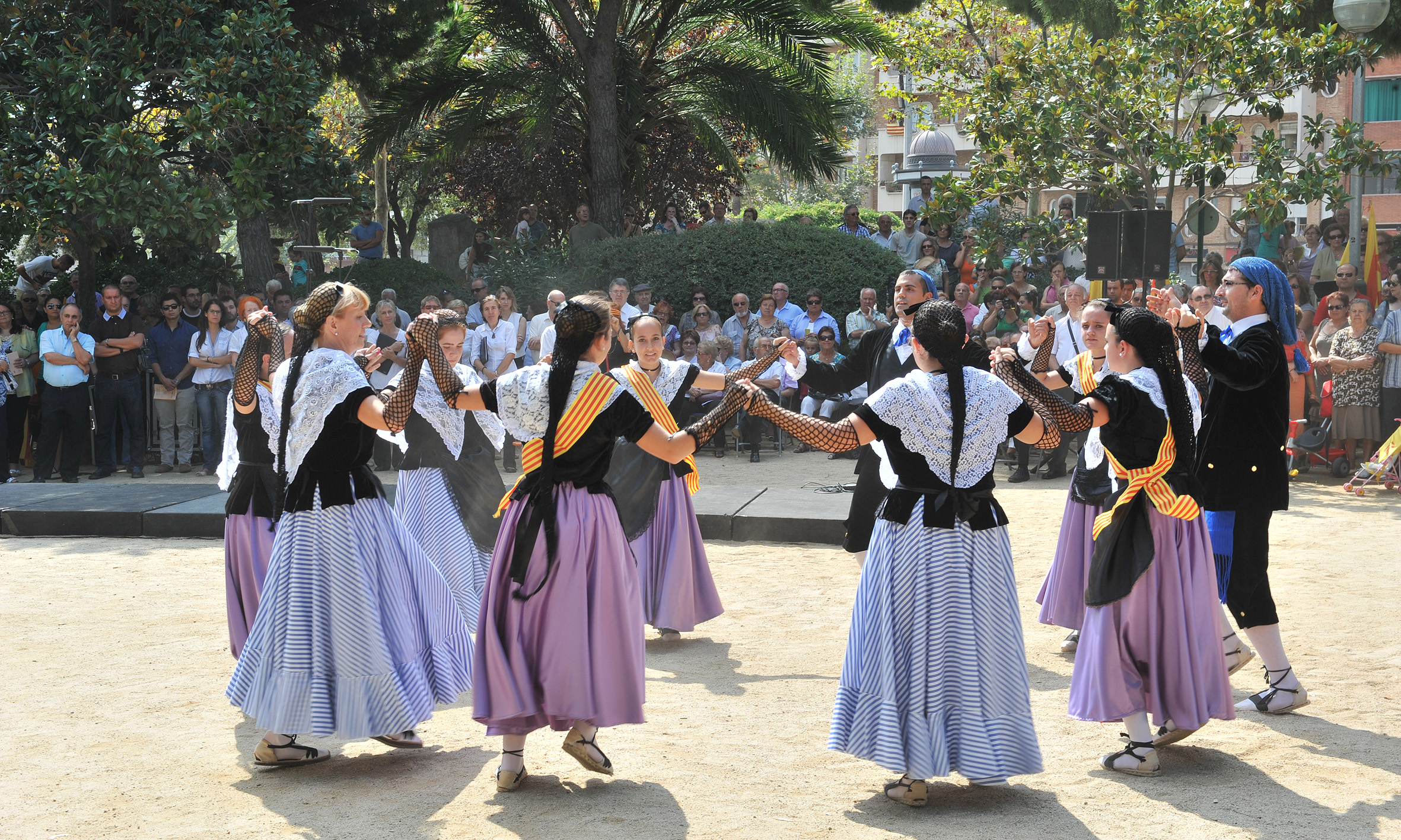 If you are in Barcelona during September 23 and 26, check out the full program of La Merce Festival 2021, the most famous festival in the city. Whether you are passing through, on a work or vacation trip with friends or family , you will definetely find something of your taste! 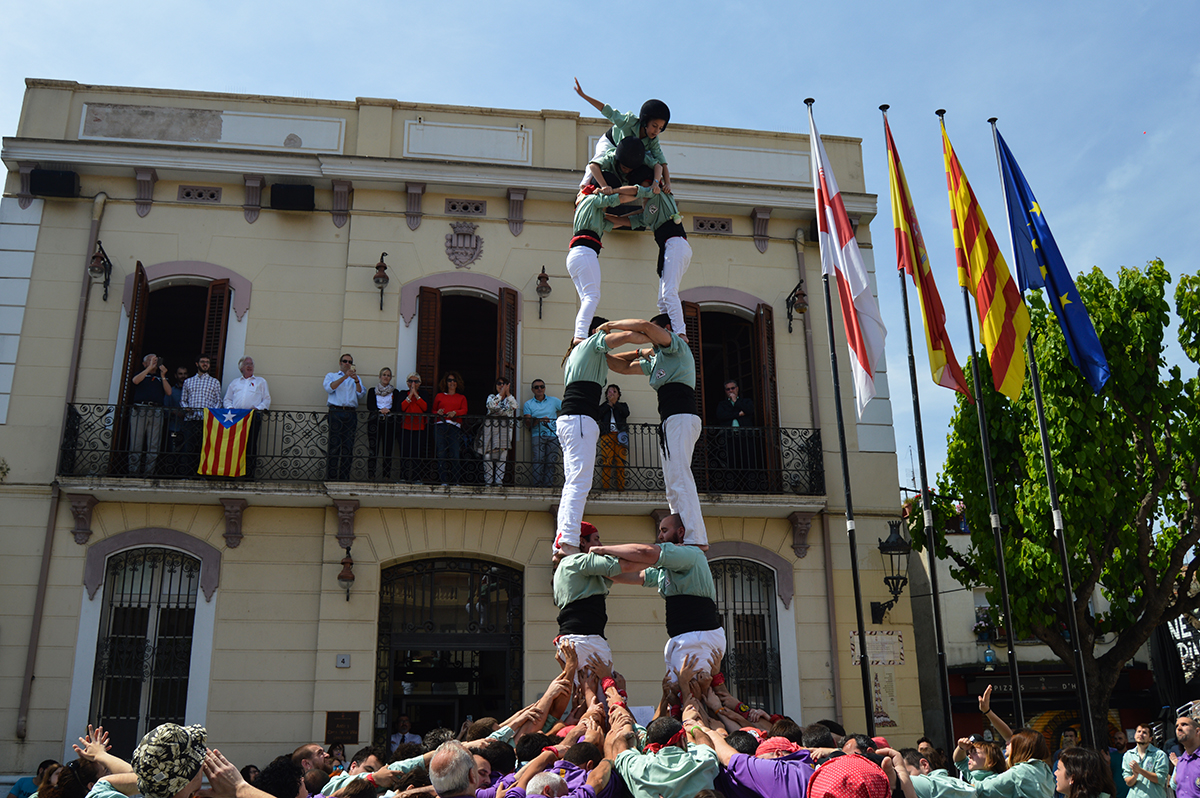 Date and place of main activities

We leave you the dates of the most emblematic activities for Merce Barcelona 2021. 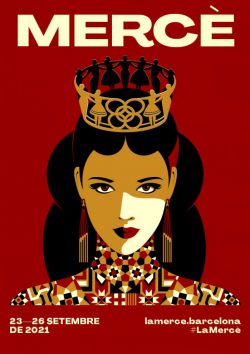 The opening speech: The opening event of the festival that will mark the beginning of La Mercè 2021 will be in charge of Custodia Moreno Rivero, activist and neighborhood leader of the Carmel and Can Baró neighborhoods, who fought tirelessly for the improvement of the living conditions of the neighbors and his role was very important in the disappearance of the barracks in the area.

The speech can be followed by betevé.

Traditional Parade: Passeig de Gràcia will be the scene, between Diputació and Rosselló streets, of a pared of popular and traditional culture collectives of Barcelona. Groups of giants, castellers, bastoners and falcons will participate with a different route than the usual.

The celebration will be divided into time slots that will require a previous reservation.

Mercè Music Festival: Not only on Saturday but during all the festival you will be able to enjoy an exciting music offer that is divided into three differentiated programmes: the BAM Festival, the Acció Cultura Viva Festival and the Mercè Music Festival.
This year the concerts will take place in twelve different stages distributed throughout the city, such as the Olympic Stadium, the Teatre Grec, the stages of Moll de la Fusta or the Old Estrella Damm Factory.
An extraordinary amount of 114 bands and artists will perform this year, mostly Catalan but also from abroad. With highlighted names like Les Amazones d’Afrique, Hidrogenesse, Joana Serrat, Nueva Vulcano and Núria Graham, among many others.

The entrance is free, as always, but this year it will be necessary to book your tickets in advance on the festival website.

The Pyromusical Show: Same as last year, the fireworks will be held, but not to be seen from the street. Instead, it has been designed so it can be seen from the buildings (balconies, windows and roofs). For this purpose, the fireworks will be launched from four districts (Sants-Montjuïc, Nou Barris, Les Corts and Sant Martí). The soundtrack will pay tribute to this year guest city Havana and will commemorate the 150th anniversary of La Mercè.

The Pyromusical will be broadcast by TV3 and Catalunya Ràdio.

Ah! and if you are looking for a home away from home, click here to see the availability of our Boutique Apartments in the heart of Barcelona. Aspasios is passionate about hospitality and together we work to make sure you spend an unforgettable stay!